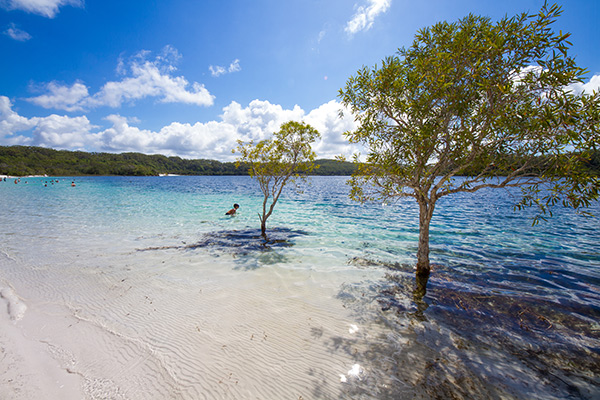 The world’s largest sand island, Fraser Island is a tempting mix of adventure getaway and tropical beach break. It’s famous for white sandy beaches, sparkling turquoise water, and the lush rain forest that grows out of (seemingly) infertile sand. Four-wheel-driving along the shore is a must for many visitors, but if you’re not an experienced off-road driver it’s best to do it as part of a tour. 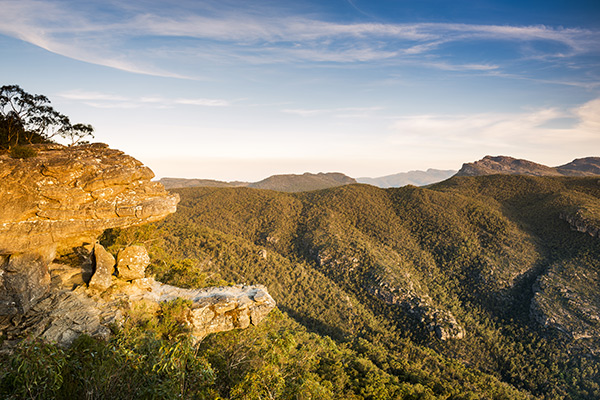 A national park that’s also home to one of Australia’s longest running food and wine festivals – who could resist? Traditionally known as Gariwerd, the Grampians are a series of rugged sand stone mountains with cascading waterfalls, pretty wild flowers, and breathtaking panoramic views. There are walks and hikes to suit all fitness levels, and cultural rangers to teach visitors about the local history and bush tucker. Come in May if you want to check out the foodie fest – yum! 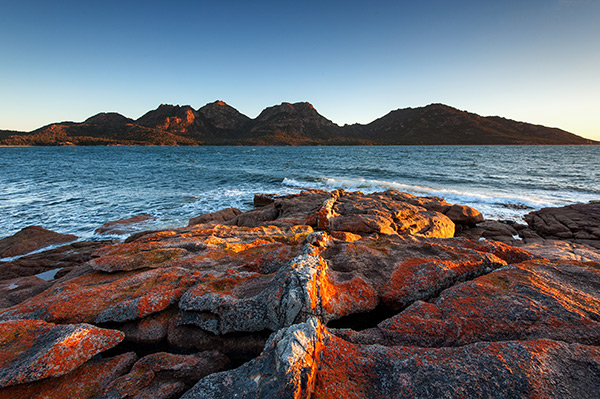 Freycinet’s dramatic pink granite peaks, secluded white-sand beaches, and abundant wildlife (including Bennett’s wallabies, eastern quolls, and Tassie devils) make it a unique hiking and holiday destination. It’s a must-do for bird lovers, as the Moulting Lagoon is a Ramsar wetland sanctuary for black swans, pied oystercatchers, and brown falcons. If you’re lucky, you might even spot a white-bellied sea eagle! 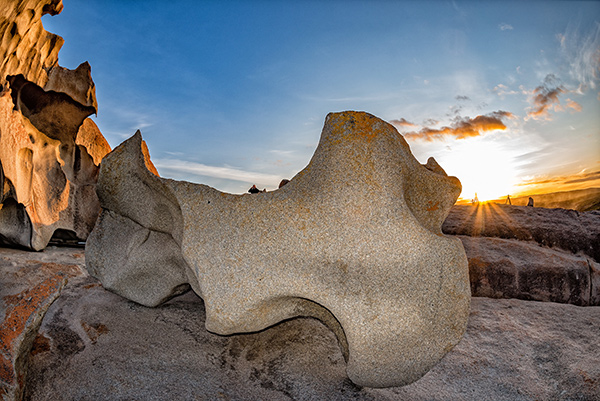 Located on the west end of Kangaroo Island, Flinders Chase National Park is home to the world-famous Remarkable Rocks and (somewhat menacing) Admirals Arch. The rocks’ craggy shapes and vibrantly colored lichen make for spectacular photos, especially at sunset. There are walks and hikes for all fitness levels, including an awesome 5-day wilderness trail hike. Keep an eye out for Cape Barren geese, Rosenberg’s goannas, and short-beaked echidnas. Check out the Platypus Waterholes Walk for a chance to spot wild (but elusive) platypi. 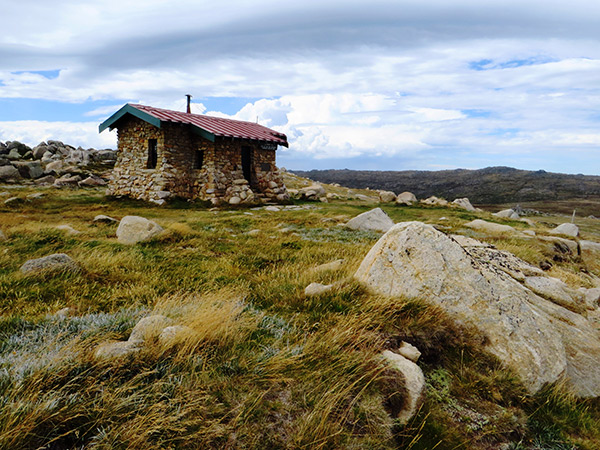 Mount Kosciuszko is Australia’s highest peak, but don’t let that scare you off. The 18km scenic walk is quite achievable for most fitness levels, although you’ll need to bring the essentials (food, water, sunscreen, all-weather clothes, a topographic map, and GPS). Don’t forget your camera, because iconic sites like the Snowy River, Seaman’s Hut, and Rawson’s Pass demand happy snaps. 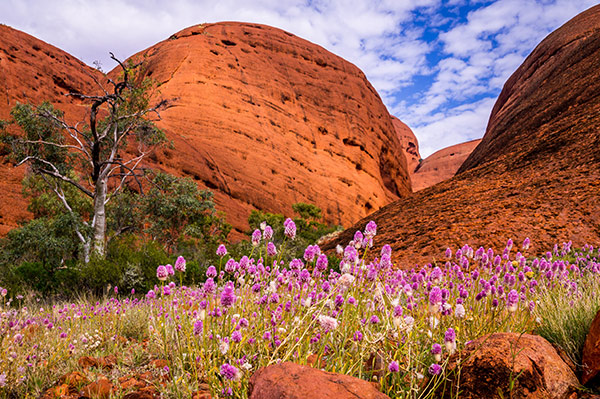 Sacred to the Pitjantjatjara Anangu, Uluru is Australia’s spiritual (and geographical) heart, and No.1 on many Aussies’ bucket lists. Sunrise and sunset are unforgettable, as the rock seems to glow in the half-light, while the sky turns orange and purple. Take a day to walk around the base – at 10.6km on a flat dirt path, and with great tours available, it’s a once-in-a-lifetime experience that’s achievable for most visitors. However, climbing Uluru is not recommended – it’s dangerous and against traditional law. 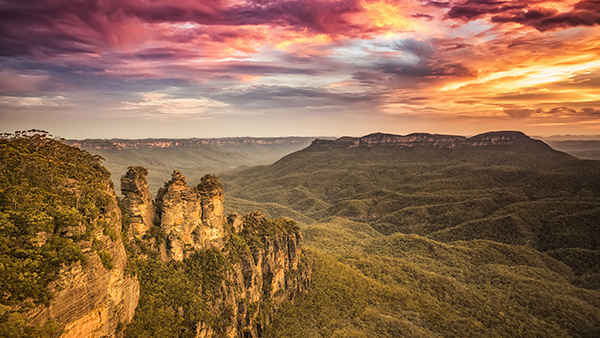 Less than two hours by car or train from Sydney, the World-Heritage-listed Blue Mountains National Park is perfect for both day trips and longer getaways. There are well-maintained walks and lookouts to accommodate all visitors, and some of the most iconic sites (such as the Katoomba Falls lookout and Three Sisters Echo Point lookout) are wheelchair accessible. Stay a couple nights so you can check out the Jenolan Caves too! 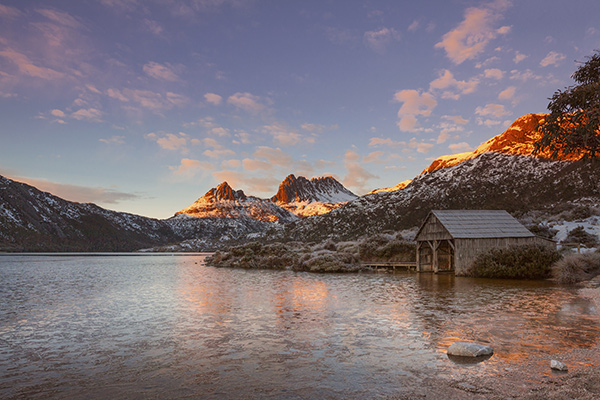 Cradle Mountain-Lake St Clair National Park is home to some of the world’s most ancient plants, including the enormous and extremely long-lived King Billy pine (a species that pre-dates the dinosaurs and can only be found in Tassie, individual trees can live to be more than 1000 years old). Lake cruises and scenic flights are available, and the trout fishing (when in season) is fantastic. Keep an eye out for Tassie devils, quolls, platypi, and echidnas. 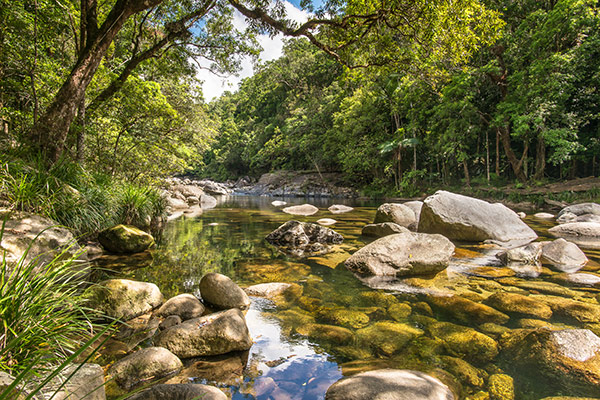 A hike through the Daintree is like going back in time. It’s the world’s oldest living rainforest – the closest thing to the lush forests that once covered Gondwanaland. Must-dos include a dip in the Mossman Gorge, cruising and croc-spotting on the Daintree River, and a flying-fox ride through the rainforest canopy. Make sure you give yourself time to visit the Reef too – another World Heritage site. 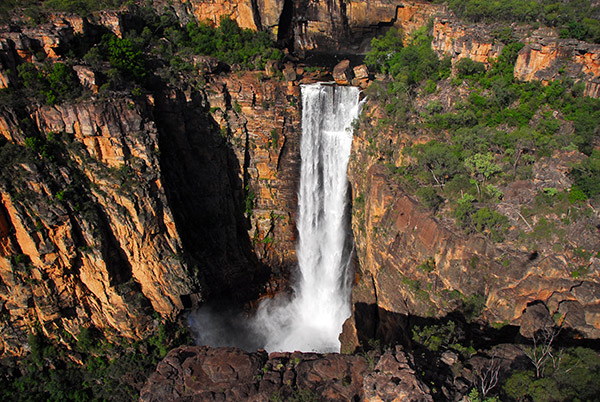 Half of all Aussies (49%) want to visit Kakadu in 2017, and it’s easy to see why. Just a 3hr drive from Darwin, Kakadu National Park is home to massive waterfalls, ancient rock art, giant crocodiles, rare black wallaroos, and one-third of Australia’s bird species. There are heaps of great tours available for visitors who’d prefer not to drive themselves, including cultural tours with some of Arnhem Land’s traditional custodians. If you only do one national park this year (and can do whichever one you like), make it this one!

*About Wotif’s Australian Travel Research
The research was commissioned by Wotif and conducted by Lonergan Research in accordance with the ISO 20252 standard. Lonergan Research surveyed 2,018 Australians aged 18+. Surveys were distributed throughout Australia including both capital city and regional areas. The survey was conducted online amongst members of a permission- based panel, between 26th October and 2nd November 2016. After interviewing, data was weighted to the latest population estimates sourced from the Australian Bureau of Statistics.

Next The ultimate Aussie slang quiz 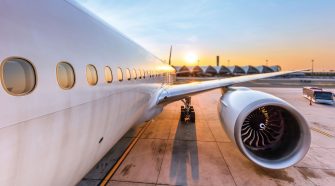 Do you know your airport codes?