I am DONE with State of Origin and done with QLD and NSW. If you’re new to this saga – hi. My name is Cassie, I’m half Queenslander, half New South Welshman, and over the past month I’ve been trying to decide who to cheer for in Australia’s most important (as far as QLD and NSW are concerned) sports series. First, Maroon Cassie argued the 10 reasons QLD is better than NSW. She made a convincing case. But then Blue Cassie rebutted with 10 reasons NSW is better than QLD and changed my mind.

Now we’re two games into State of Origin 2017, and like the series, I’m still undecided. Am I a chilled-out Queenslander or an exciting New South Welshman? Or am I someone else entirely? Hipster Cassie thinks I might be a cool Victorian. And she’s here with 10 reasons why VIC is better than both QLD and NSW combined.

Next The seven challenges of the travelling toddler 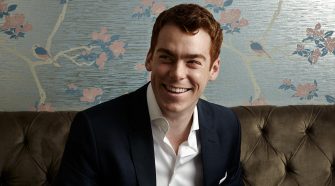 A Jeweller’s top 5 tips for proposing on holidays