The NRL and AFL grand finals are both on this weekend and some serious questions need to be answered. No, not “Which team is best?” or “Who will take home the trophy?” And not even “Will Cooper’s shoulder recover in time?” or “Do the Eagles have more Melbournians barracking for them than Collingwood?” What we really need to know is which state – New South Wales or Victoria – and which game – NRL or AFL – is the best.

To answer it, I’ve pitted some of NSW and VIC’s most iconic attractions and destinations against each other in a (not) literal battle to the (not) death. Will your state and game reign supreme? Read on and find out!

Right, let’s start with a tough one. NSW’s Hunter Valley is a 3.5 hr drive from Sydney. It’s Oz’s oldest wine region and most famous for its acclaimed Sémillon. On the other hand, VIC’s Yarra Valley is just an hour’s drive from Melbourne and has earned a rep for world-class Chardonnays and Pinot Noirs. Both offer hot-air balloon rides, incredible cellar doors, and an obscene number of cheese platters and charcuterie boards.

The verdict: Too tough to call? Not for me. The Yarra Valley wins this one for its super convenient location. Plus Chardy beats Sémillon any day. Fight me.

NSW and VIC are both home to some amazing beaches. But if you’re a city slicker who likes to stay local, where will you find the best urban swimming spot? Sydney’s Bondi Beach is iconic – one of the world’s most famous shorelines. But St Kilda is home to Australia’s first Luna Park, as well as a colony of adorable Little Penguins.

The verdict: Was there ever any doubt? Bondi Beach, all the way. Sorry, Penguins, but no-one wants to swim in your poop. And the Luna Park face is terrifying.

Two incredible natural sites that look like they were made for postcards. NSW’s Three Sisters are the crown jewel in the Blue Mountains National Park’s… uh… crown, while the 12 Apostles are a Great Ocean Road must-see. Surely no-one could call one better than the other.

The verdict: Pfft, I can. The 12 Apostles beat The Three Sisters, hands down. The combination of sheer cliffs, ancient rock formations, and crashing waves is just spectacular. Look at this view!

The Most Awesome Big Thing

Full disclosure: These are two of my favourite Aussie Big Things. I love the true-crime history behind VIC’s Big Ned Kelly, but I’m also a fan of waterparks and banana splits, both of which can be found at NSW’s Big Banana. How can I choose a winner between these two?

The verdict: Well, when it comes to a choice between history and ice-cream, I choose ice-cream. Story of my life. This one goes to NSW, with the Big Banana. The Banana earned extra points for seniority, too. It was built in 1964, making it one of Australia’s very first Big Things.

Melbourne’s trams are amazing. They crisscross all over the city, come every few minutes, and are really easy to figure out (even if you’re navigationally challenged like me). Whereas Sydney’s trains are overcrowded, understaffed, permanently delayed tubes of madness. So… same-same?

The verdict: No contest. Melbourne’s trams take out an easy point for VIC. Sydney trains make me sob onto my Opal card.

The Most Amazing Water View

The Yarra River is a Melbourne icon and home to famous events like the Moomba Festival, the Melbourne Festival, and the Head of the Yarra rowing regatta. Whereas Sydney’s Circular Quay has, like, a bridge and a pointy building or something? So, no big deal…

The verdict: Just kidding! Circular Quay is probably the world’s most recognisable harbour, with travellers coming from all over the globe just to get a snap with it. Sorry, VIC, but NSW has got this one in the bag.

This is a trick question. Everyone knows coffee tastes like sour brown sludge. Or am I the only one brave enough to admit it?

The verdict: Okay, so I’ve quizzed some sick, gross, brown-sludge drinkers and they tell me that Melbourne – with its cool laneway cafes and specialty roasters and brewers – is home to the best damn coffee in the world. Another point to VIC!

The King of the Mountains

Two stunning natural wonderlands, both perfect for hikers and snow bunnies. VIC’s Mount Buller is fantastic for skiing, snowboarding, and (if you’re like me) pelting your loved ones with snowballs, while NSW’s Mount Kosciuszko seems like it was made for winter picnics and snow shoe trips. Surely this one’s too close to call.

The verdict: Size matters, VIC 😎 As Australia’s highest mountain, Mount Kosciuszko takes this one out for NSW. In summer, the summit walk is surprisingly achievable, making it a serious bucket-list experience.

The Most Perfect Island

The verdict: Phillip Island, you had me at “penguin parades” – and not just because I felt bad about rejecting the St Kilda penguins earlier. Another point to VIC!

NSW’s Jenolan Caves are Australia’s largest and most famous cave system, as well as the most ancient discovered open cave system in the world. They’re so massive that they’re still being explored and, at present, 11 illuminated show caves are open to the public. VIC’s Buchan Caves are smaller and not as well-known, although the stunning Royal and Fairy Caves are major tourist attractions. Buchan Caves Reserve is also great for wildlife spotting, with bellbirds, lyrebirds, echidnas, goannas, and more.

The verdict: Sorry, VIC, but I’ve got to give it to Jenolan Caves for size and seniority. No question!

This is it. We’re tied at five-all. Whichever game – NRL for NSW or AFL for VIC –
takes this point will also take the victory for their state. So let’s get into it.

You can’t call it on athleticism or passion. With stellar teams – each with superstar players and diehard fans – like the Storm and the Roosters on the NRL side, and Collingwood and the Eagles on the AFL side, it’s a lineball (also – massive shout-out to our WA fans for infiltrating the AFL finals! Don’t let the East Coast hog all the glory). You could try judging by the size of their respective fanbases, but with the NRL scoring more TV viewers overall in 2018 and the AFL consistently putting more bums in stadium seats, the numbers don’t help.

Hmm. Maybe there’s no comparing two amazing games. But you CAN compare the performance of NSW and VIC in playing them. And with VIC smashing their way into both grand finals – and the Melbourne Storm completely dominating NSW’s own game by going for back-to-back NRL premierships, an achievement that hasn’t been seen in over 25 years – I think we know who this point’s going to…

The verdict: Yep, it’s VIC! Sorry, NSW. Your game’s just as good as VIC’s, but you need to learn how to play it. You mad, bro?

Footy finals aren’t the only BIG news in town. We’ve just revealed the finalists for Australia’s Next Big Thing and YOU get to help decide what we build. Vote for your fave for a chance to WIN $2000 towards your next Wotif holiday.*

VOTE FOR AUSTRALIA’S NEXT BIG THING

Next BIG IDEAS: 16 of the best Next Big Thing nominations

8 amazing NZ getaways where you can hang out with animals

HOLY QUOKKA-MOLE! 10 Aussie spots where you can hang out with animals

“Wot’s that? You wanted to sleep in? Nah, not

There’s nothing better than a Brissy sunrise…

A little birdie told us South Perth Foreshore is o

Name a more idyllic spot than Tea Tree Bay on the

Wot about that morning view! 😍 These magpies kn

Aww, look at this little guy! 😍 This is the typ

Whoa! There’s something so magical about the Aus

Hellloooo, Noosa! You look awesome any time of yea

Did someone say ‘road trip’? 🚘 How incredib

8 amazing NZ getaways where you can hang out with animals

HOLY QUOKKA-MOLE! 10 Aussie spots where you can hang out with animals 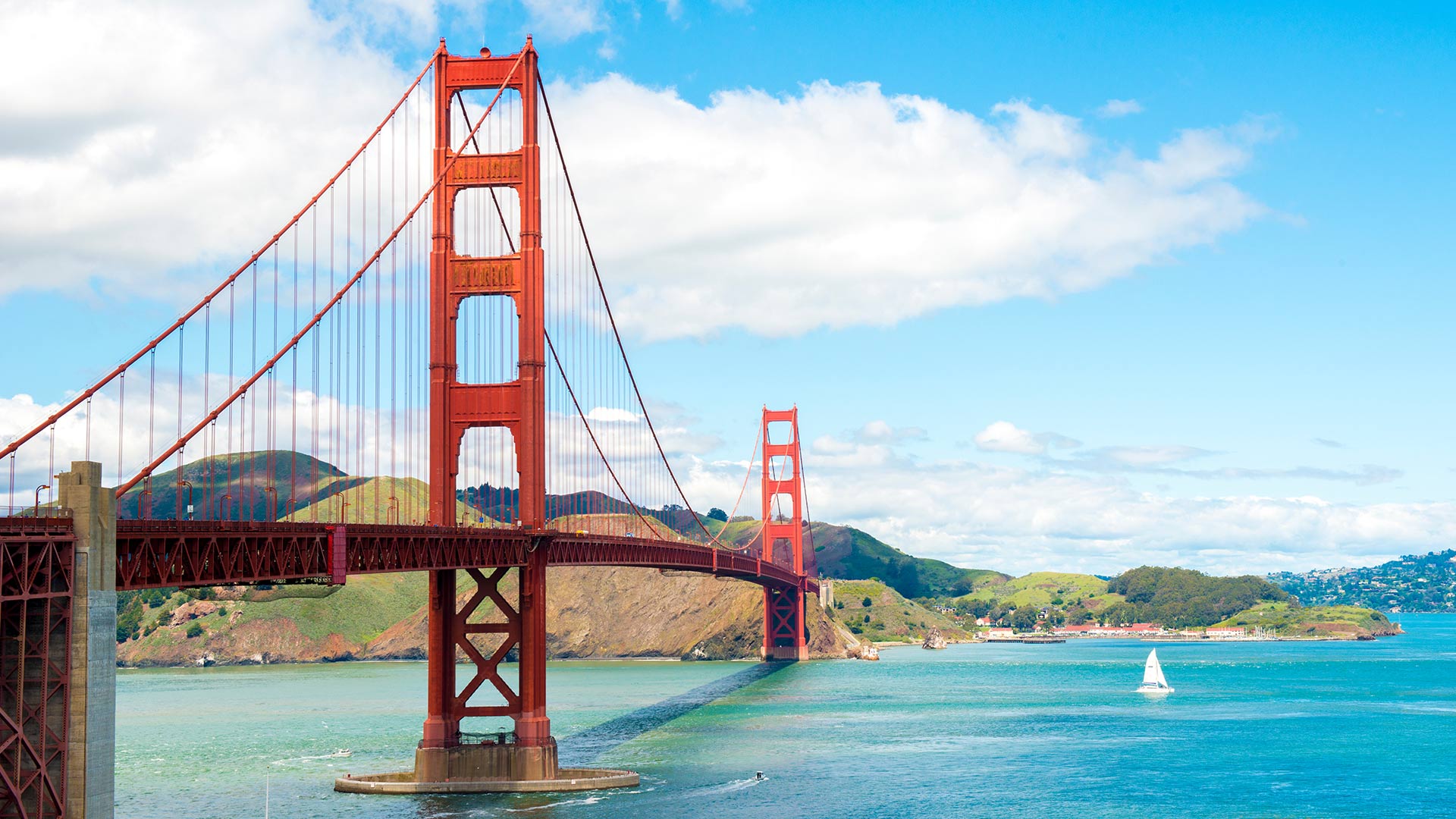