New hotel openings in Sydney have been few and far between in recent years. So, when one of the world’s largest hotel groups, Hilton, announced they were bringing their Curio Collection brand to Australia and it was making its debut in the Harbour City, it’s fair to say we were more than a little bit excited to check it out.

First impressions count, and The West Hotel Sydney immediately conveys the sophisticated yet modern design you’d expect of a brand-new hotel with a spectacular facade of 333 glass panels that catch the changing light. 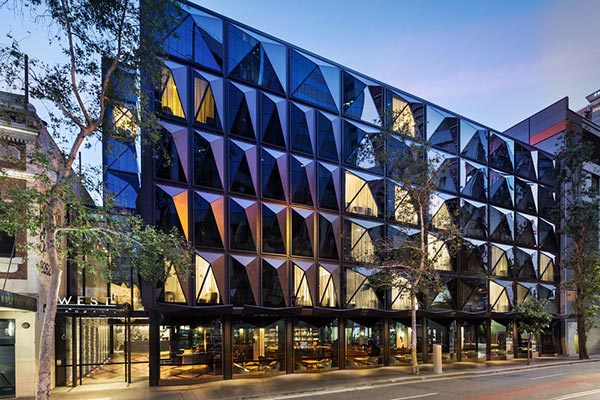 Stepping into the foyer, the hotel’s designers (Woods Bagot) have created a vibe that’s sleek, chic, and fresh. Paying homage to Sydney’s botanical roots, there’s a lush feeling of nature. It’s no easy feat bringing that to life in an inner-city hotel, but Woods Bagot have pulled it off perfectly. That Aussie-nature influence is everywhere, including a feature wall at reception of NSW’s floral emblem, the waratah. It’s a nice local touch from a global brand.

Whether you’re staying for work or leisure, you’ll love the hotel’s stunning centrepiece. Offering a perfect escape from the concrete jungle outside, the West Hotel boasts its very own atrium. The gorgeous central open-air space, with its luscious foliage and sparkling fairy lights, creates a relaxed oasis where guests can recharge from the busy city, day or night. 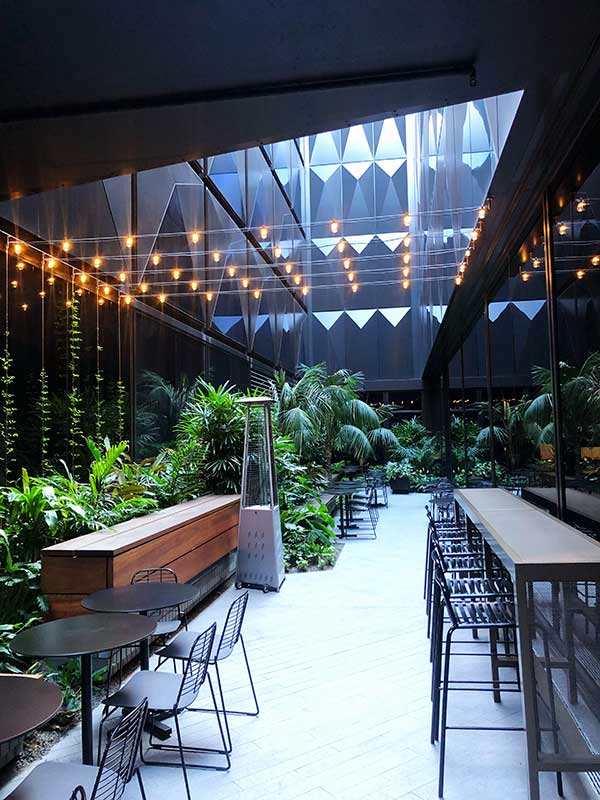 The botanical theme flows into the hotel’s dining offering as well. West Hotel’s restaurant, Solander Dining and Bar, is named after First Fleet botanist Daniel Solander, who played an integral role in the early documentation and collection of Australian plants. Solander was invited by Sir Joseph Banks to travel to Australia on the Endeavour and assist Banks in creating a large collection of natural history specimens, including many from the east coast of Australia. I’ll drink to that!

Not only is Solander’s fit-out stunning, it also dishes out some of the most unique cocktails I’ve had in a very long time.

I can’t resist the Wheat Grass and Elder flower Martini – forget what you think you know about wheatgrass, this is refreshingly delicious. Next visit, I’m definitely trying the Beetroot Mojito.

If you follow my lead and make your first stop the Solander bar, chances are you’ll soon be feeling pretty relaxed. So make a night of it and move into the restaurant, where Executive Chef David Vandenabeele’s Modern Australian menu showcases some of the best locally sourced, fresh seasonal produce. The menu’s healthy lean is a nice surprise – not something you often see in hotel restaurants – with dishes featuring on-trend items like cashew cheese and goji berries.

If, however, you do feel like venturing out, one of the West Hotel’s many strengths is its location. Tucked away on Sussex St, on the west corridor of the CBD (hence the name!), you’ll have the benefit of being in a quiet pocket of the city – particularly on weekends – but with some of its best restaurants and bars right on your doorstep.

The Barangaroo precinct, a short 10-minute walk away, is home to pretty much every cuisine you can think of, with many restaurants offering water views. Go high-end at seafood-focused Cirrus, have a classic meat pie from Bourke Street Bakery, dig into a Turkish feast at Anason, or have a vermouth cocktail at Banksii (and I highly recommend their pate, too!). Barangaroo Wharf means you’re also well-situated to jump on a ferry and discover other pockets of Sydney as well. Balmain, for example, is just a couple of stops away.

The best pâté I’ve had in a very long time at a very long lunch at @banksiisydney yesterday 😍 My new favourite spot at Barangaroo 🙌 The lamb shoulder, roast potatoes and vermouth cocktails might have helped win my affection too 🤩💁🏼‍♀️

All that eating, drinking and exploring is tiring work – and there’s no better place to retire for the night than one of the West Hotel’s 182 designer rooms and suites.

Our view might look out onto construction (so very Sydney right now 😉), but it still wins my heart with its stylish touches and clever tech integrations.

Oh, and the KING BED! 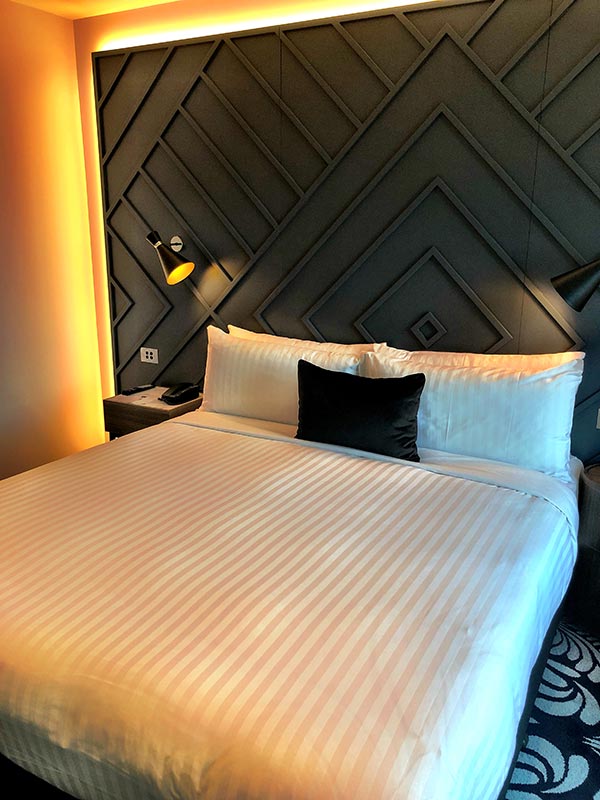 The bathroom features a sleek design, eco-friendly Biology products, and one of the best showers I’ve had in a long time. Insider Tip: Upgrade to a suite if you’re after a bath. 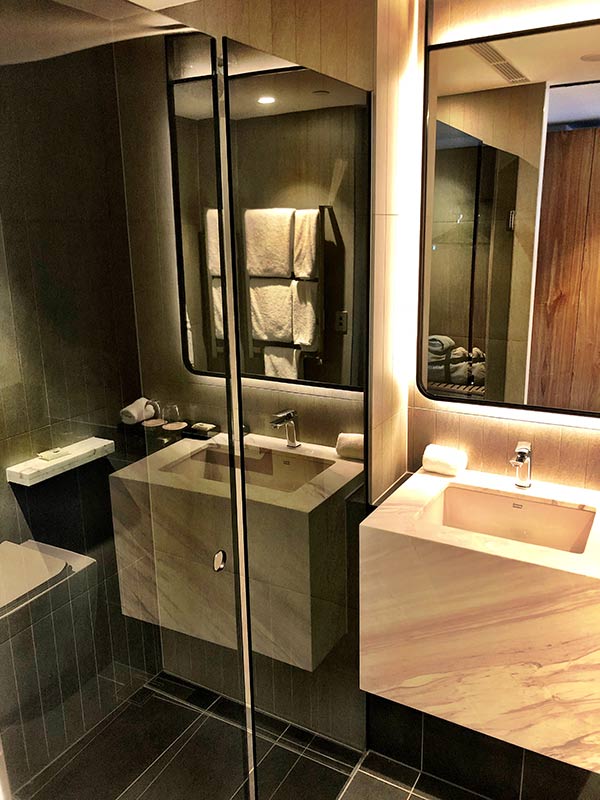 Smart inclusions like Bluetooth speakers built into the bedroom and bathroom ceilings, USB charging outlets right next to the bed, and a 49-inch LG flat screen HD Smart TV with Google Chromecast are all absolute winners and a nice reminder of the perks of staying in a brand-new property. The complimentary bottled mineral water, popcorn, and muesli bars are also a nice touch.

The next morning, we’re well-rested and hungry after working up an appetite with an early morning run (a loop around Barangaroo, Walsh Bay, the Rocks, Circular Quay, the Botanical Gardens, Hyde Park and back to the hotel is a great urban hit-out). So we head back to Solander Dining.

The breakfast bar ($29 per person) features staples like fruit, yoghurt, pastries, and toast. Or you can upgrade to the full breakfast ($39 per person) to enjoy an à la carte item, too. I can vouch for the smoked salmon with scrambled eggs, asparagus and charred Sonoma sourdough being a great way to start the day. 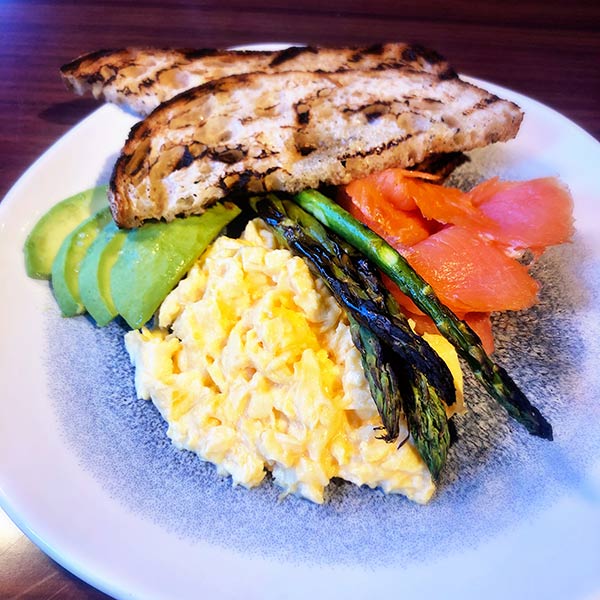 We might be here at the West Hotel for a weekend staycation (and its wins major weekender points with its midday check-out time), but I’d also highly recommend it to business travellers. The 24-hour gym is spacious and well-equipped, the rooms have well-designed workstations (note, though, that the wi-fi is only complimentary for Hilton members), and you’re perfectly situated to go wherever you need to in the CBD and beyond.

So, it’s settled. Next time you’re after a Sydney stay, the very fresh West Hotel should be first on your list.

Nicole stayed as a guest of West Hotel Sydney.

STAY AT THE WEST HOTEL SYDNEY

Next The NT’s top 10 road trips 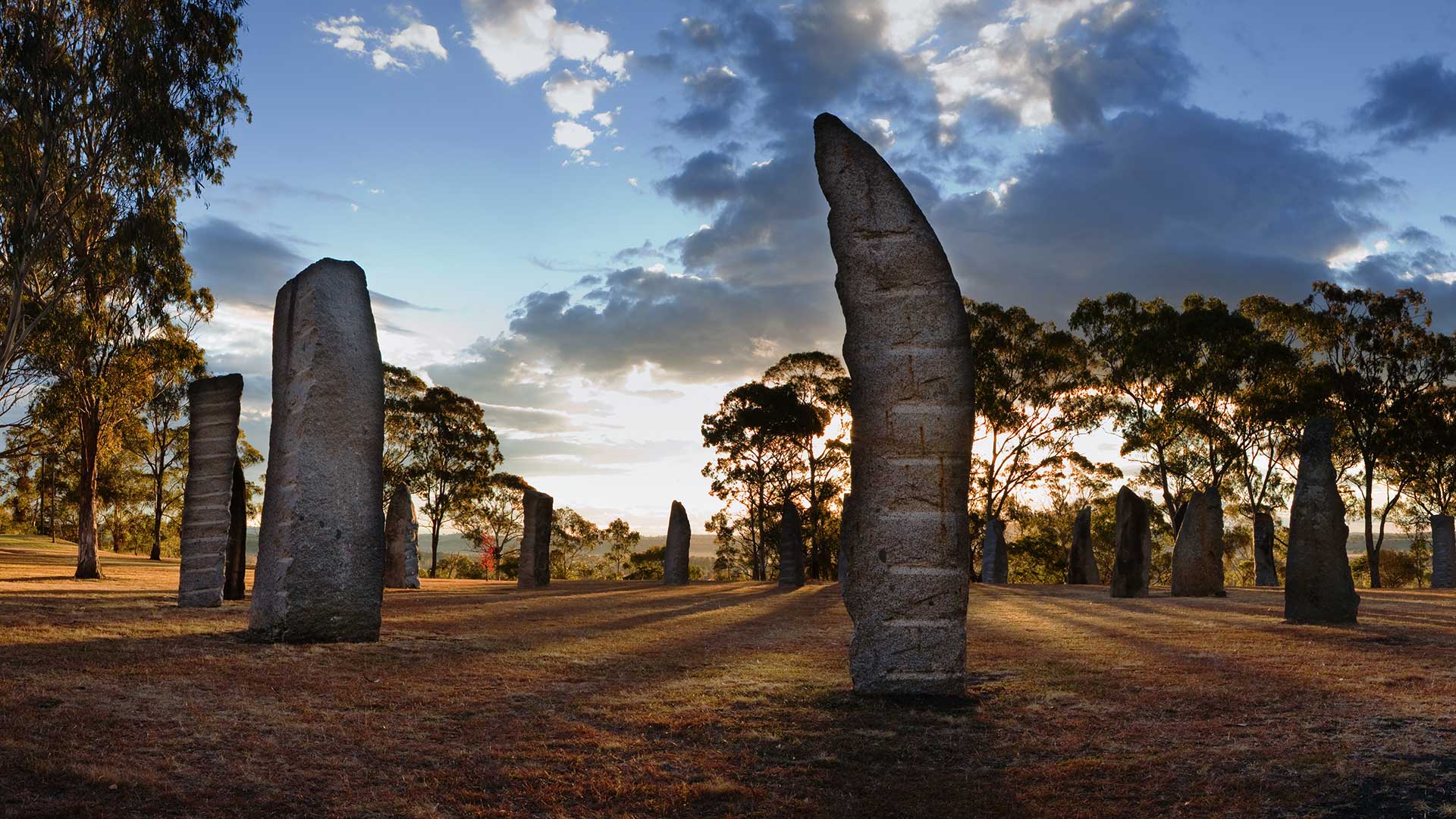