Western Australia has many hidden treasures, but to me there’s one that stands out from the rest. Exmouth is Australia’s most north-western cape, where turquoise ocean waves meet red outback dirt. Home to the Ningaloo Marine Park, Exmouth is the jewel in WA’s crown. And with daily flights direct from Perth, it’s surprisingly accessible (although if you enjoy road trips, the scenic 12hr drive from Perth is definitely worth the trip).

Still not convinced? Here are my top 6 reasons why you need to go to Exmouth ASAP.

1. The chance to escape, unplug and explore

In Exmouth, the internet can be as slow as the town is remote, but that’s not a bad thing! It encourages people from all walks of life to disconnect and appreciate the beauty that Western Australia has to offer and focus on making memories, rather than staring at screens. There are also lots of outdoor activities to keep both kiddos and adults entertained, so it’s a great destination for families. Plus there’s a great variety of accommodation options, with everything from resorts to caravan parks, full of other families to make friends with.

The people in Exmouth are super friendly and polite. They know it’s a special place and are so welcoming you can’t help but have an unforgettable experience. Even travelling solo, it feels very safe to walk around and you’ll see lots of kids riding their bikes on the street (which is not something you often see these days if you live in a city). And if you love your seafood, you’re good to go, as the prawn industry is huge – something Exmouth pays homage to with its Big Prawn statue at the Ningaloo Visitor Centre. The town’s connection to its history helps make an it intriguing destination, as well as an educational one.

3. Get your fix of Aussie history

Speaking of Exmouth’s history, this town is a treat for Aussie history buffs. Fun fact: Most of Exmouth’s township and infrastructure was developed by the US Navy/Armed Forces – it was a condition of them being allowed to set up a naval base there. As a goodwill gesture in the ’60s, the US opened up the base to Exmouth residents, which meant the locals got to come in and celebrate things like the 4th of July and Thanksgiving. It must have been a treat – the base had a great set-up, with a gym, a cinema, a bowling alley, and even a baseball field, which you can still see when you drive past. Entering the base was like entering the United States – you had to drive on the right-hand side of the road and use US currency. At one stage, you even had to show your passport if you weren’t a US citizen! Post-9/11, the base was once more closed off to the public. My boyfriend and I accidentally drive onto it and I’m surprised the AFP don’t chase us off. Silly tourists! 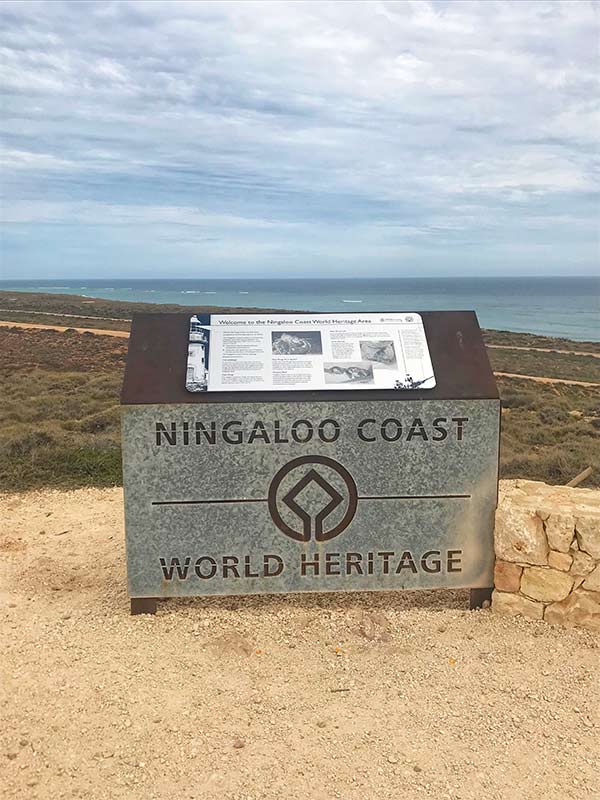 We drive around Cape Range National Park, where you can see kangaroos, emus, goanas, and dingos. The red, rocky gorges provide a stunning Australiana backdrop and I’m buzzed to see our native wildlife in their natural habits. But a pro tip: If you’re driving on WA roads, be mindful of these creatures, especially when you’re driving at high speeds, because as far as they’re concerned, it’s their road too. It’s such an otherworldly experience sharing a road with emus and other wildlife. My highlight is spotting a baby emu!

The World Heritage-listed Ningaloo Reef is one of the longest fringing coral reefs in the world. Unlike the Great Barrier Reef, which is a bit of a trek to get to, the Ningaloo Reef is very accessible. You don’t need to fly in on a seaplane or get on a boat. All you need to do is swim.

Hire some snorkel gear from the Exmouth Visitor Centre and travel along the coast of the Ningaloo Marine Park to Turquoise Bay, where you can drift snorkel (if you’re experienced), or regular snorkel around the Oyster Stacks (where reef shoes are highly recommended), or snorkel and kayak around Bundegi Beach. Don’t miss Lighthouse Bay, where you can see the Mildura wreck, or the Jurabi Coastal Reserve, where you can see nesting marine turtles (November to March).

The beaches of the Cape Range National Park are some of the best that Western Australia has to offer. They’re great for relaxing, swimming, and snorkelling. An honourable mention goes to Mauritius Beach, which is “clothing optional” if that’s your thing 😉

Exmouth’s beaches are so bright with colour and sunshine that they almost create their own Instagram-worthy vignettes. No filter required.

Bucket list alert! This is something you’ve got to do. Whale Sharks are the biggest fish in the world, but they’re not dangerous to humans, as they only eat plankton and some fish. They’re also on the endangered species list.

Swimming with whale sharks, with a marine biologist as a guide, is an experience I will never forget. My tour is with Ningaloo Discovery and one of the best things about it is that a portion of the ticket price goes toward the conservation of Ningaloo Reef and protecting whale sharks and humpback whales. During my 8hr tour, I have six ocean swims, each surrounded by 6- to 8-metre long whale sharks. It’s exhilarating, but also very safe, as there are strict protocols that all of Exmouth’s whale shark tour operators must abide by. March through to late July is the best time to swim, as there’s a higher chance of seeing the sharks earlier in the season. There’s also plenty of other sea life to see, such as tropical fish, spotted manta rays, starfish, and turtles.

There are plenty of whale shark tours in Exmouth and in my experience they’re all pretty great in terms of value and the experience offered. Which one you go for really comes down to your budget and your preferences in exploring the high seas.

Those are my six reasons, but let’s get real – any reason is a good reason to visit Exmouth. Make sure you tick it off your bucket list.

Previous No more tears: 8 tips for road tripping with babies

Next 8 things all savvy Aussie travellers do before going overseas 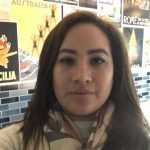 Goooood morning! ☀️ Wot a start to the day… 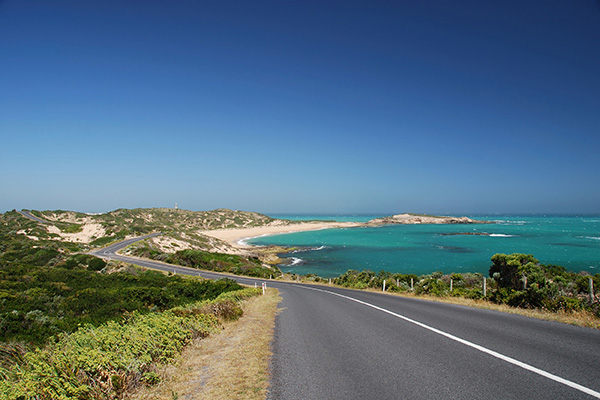 The 9 most annoying road trip companions