Harry and Meg are set to stroll down the aisle, and while they could literally choose to honeymoon anywhere in the world, Australia has a distinct advantage over other destinations: we’re in the middle of nowhere. And, yes, that’s a win!

Australia is the perfect destination for an ultra-private and super romantic holiday. Here are our top 10 reasons why the royals should honeymoon in the Land Down Under.

1. To pat the quokkas on Rottnest Island

Meghan looks like a fan of all things fluffy and adorable, so where else should a newly royal duchess visit than WA’s Rottnest Island – home to the uniquely Australian quokka? Rottnest Island also offers secluded coves, perfect for snorkelling and soaking up the sun.

2. So Meghan can frock up with local fashion designers

We’re all obsessed with Meghan’s fashion sense, so a pit stop in Melbourne – Australia’s undisputed, unrivalled fashion capital – is a must. Local designers will be tripping over themselves to create private showings worthy of the royal couple; surely there’s no better way to blow the royal budget?

It might not be as elegant as tea time with Her Majesty, but the royals will adore the foodie experience that is Melbourne’s restaurant scene. Melbourne’s cosmopolitan coffee and laneway culture is world famous – and the city’s rooftop bars deliver A-list views to accompany the top-notch food.

4. For a taste of home via Sydney’s sumptuous high tea

Just in case our favourite royal couple are missing home, they can nibble at dainty finger sandwiches and fluffy scones at one of Sydney’s high-end high teas.

5. To relax and unwind in Tasmanian luxury

Tasmania abounds in national parks and nature reserves, but it’s the spectacular luxury lodges at Saffire Freycinet that may appeal most to Harry and Meg. Priced from $2,000 per night, this experience is decadent with a capital D – perfectly fitting for a romantic royal stay.

6. To tour wineries in the Hunter Valley

Even the royals enjoy a tipple every now and then, and with over 150 wineries dotted throughout the picturesque landscape, a private wine tour of the Hunter Valley is an ideal addition to the royal honeymooners’ itinerary.

7. To declare their love from the top of the Sydney Harbour Bridge

More than two million people have climbed to the top of Sydney’s most famous bridge, including, most recently, Will Smith. If it’s good enough for Mr Smith, it should be good enough for Mr and Mrs Mountbatten-Windsor (yes, that will likely be their official last name!).

8. To watch the sun set on Uluru

Uluru is one of the world’s most iconic natural wonders, and its sunrises and sunsets are absolutely magic. Kate and Wills took in a sunset when they visited in 2014 – we think it’s Harry and Meg’s turn.

9. So they can sneak off to a secluded Queensland beach

With dense rainforests, scenic hiking trails and beautifully named beaches like Butterfly Bay and Sunlovers Bay, the beautiful Whitsundays are already a favourite for many celebrities. There are 74 islands to choose from – meaning plenty of options to avoid the paparazzi.

Australia is famous for its fantastic weather – you know, as opposed to England. If the newlywed royals are after some fun in the sun, they should make a beeline for Queensland. The state (and the many tropical islands that surround it) are sunny and warm all year round. We’re talking 300+ days of sunshine per year. Is there a more apt place to start your life as a married couple?

Next Why Bali is better than Thailand 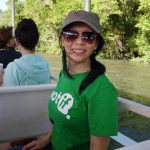 Road tripping pro, mum of 2, adventurous foodie, traveller to over 20 countries and counting.

Make sure this account has posts available on instagram.com. 18 reasons why you need a girls-only getaway