I don’t want to exaggerate or anything, but 2000 was probably the greatest year in the history of the world – especially for Australia. Here are 18 reasons why.

1. It was the best New Year’s party of our lives

New Year’s 1999 – 2000 was big. It wasn’t just a new year, a new decade, or even a new century, but a new millennium, and we didn’t have time for anyone who said, “Well, actually, the new millennium starts in 2001…” Everyone was ready to party, and Australia – as one of the first countries to ring in the new year – was the best place to do it.

We all dressed like we were living in the future… because we were. A slightly dystopian future where we’d depleted our denim reserves, so all our jeans had to be super low-cut. But as Paris Hilton (another 2000s icon) used to say, “That’s hot”.

Hey, remember how worried we were that all our all computers, electronics, and satellite systems would fail because none of our digital calendars went past 31 December 1999? Like, so worried that some of us actually stocked up on early noughties essentials, like bottled water, canned food, and flip phones (OK, I made that last one up).

While the bug caused more than a few headaches for programmers around the world, the vast majority of us didn’t have any problems at all. Another win for 2000!

4. Absolutely everybody in the whole wide world…

I don’t think any Aussie who saw the Sydney Olympic Opening Ceremony will forget the sight of Cathy Freeman lighting the Olympic torch (or winning gold in the 400m sprint a few days later). Or Nikki Webster flying around the stadium. 300,000 sports fans poured into Oz just for the Games and Sydney made the most of its time in the spotlight. The Sydney Olympics significantly boosted Australian tourism in both the short and long-term, bringing us an extra 2.1 million visitors by 2004 😮

6. At a pub in Sydney, a girl named Mary met a guy named Frederik

While Aussie athletes were winning gold at the Games, Aussie girls were finding love at the pub. At the Slip Inn in Sydney, a Tassie girl named Mary Donaldson shared a drink and a laugh with a Danish guy named Frederik. Little did Mary know she was hanging out with Frederik André Henrik Christian, aka the Crown Prince of Denmark. But when she did find out, she obviously wasn’t scared off. Four years later, Mary and Frederik got married and Australia got a new (if unofficial) royal family.

7. Eric Bana made his dramatic film debut in Chopper, traumatising us all

Holy &^$*! Who knew Poida could be so terrifying? If there was ever any doubt, 2000 was the year we all learned just how talented and versatile a performer Eric Bana is. But for some of us, the shock involved wasn’t “Sweet!”

Remember when there was something on the teev that wasn’t reality TV? Back in 2000, the genre was still new and exciting, and Popstars was the first of the singing competition/talent show variety (soon to be followed by Australian Idol… and The X Factor… and Australia’s Got Talent… and probably a million others I’ve already forgotten). It started in New Zealand in 1999 (another NZ invention we’ve stolen), but the first Aussie season was in 2000. The winners were Bardot, who I’m guessing you haven’t thought about in literally years. And that’s a travesty, because the ‘Poison’ film clip is a work of Millennium art.

9. We cloned a sheep AND a cow

Not to be outdone by Dolly in Scotland, in 2000 Aussie scientists cloned a sheep AND a cow. This sudden enthusiasm for copy-and-pasting DNA must have made some people nervous, because the House of Reps held an inquiry into the “legal and constitutional affairs of human cloning” around the same time, and the Aussie scientific community promised they wouldn’t clone humans. Uh, phew?

10. Fold-up scooters and robo-puppies were a thing

Look, the Millennium was a crazy time, OK? We didn’t have time for walking or real, live pets. We were living in the fast lane and we needed wheels (even if the ‘vehicle’ they were attached to was utterly ridiculous) and animal companions we could harvest batteries from whenever we needed a spare for the remote. If you weren’t there, you’ll never understand.

On 28 May 2000, the Council for Aboriginal Reconciliation held a Walk for Reconciliation on the Sydney Harbour Bridge. They expected 20,000 people to attend… but they got 250,000. For five and a half hours, the Bridge was packed with crowds of people, all walking together in a powerful display of unity and support for the reconciliation movement. In the following months, more walks were held around the country, and by the end of the year, more than half a million people had marched, making the walks the largest demonstration of public support for any cause in Aussie history. Wow!

12. Looking for Alibrandi made a whole generation of high schoolers cry

If you attended an Aussie high school in 2000, I guarantee you read (or, if you were really lucky, went to the movies to watch) Looking for Alibrandi. The novel has been a YA classic since it was published in 1992, but for many Millennium kids, the 2000 film adaptation – with Pia Miranda starring as Josie – seriously brought the story to life.

It was our go-to comeback and it was devastating. Thank you, Yellow Pages.

Everyone, actually. Or they soon would, because in 2000…

15. Powderfinger took over the world

Hey, remember when Brissie’s own Powderfinger was the biggest band in the world? Like, literally? They took out slots Number 1 and 3 of the 2000 Hottest 100 with ‘My Happiness’ and ‘My Kind of Scene’. Which is impressive enough, but even more so when you remember that they had to smash U2 (with ‘Beautiful Day’), Coldplay (with ‘Yellow’) and the Red Hot Chili Peppers (with ‘Californication’) to do it. And it wasn’t just an Australian thing. In the same year, ‘My Kind of Scene’ was also featured on the Mission Impossible 2 soundtrack – at the film’s request. You know you’ve made it when Hollywood comes calling.

16. We all wanted our Backyards Blitzed

The Year 2000 was truly the golden age of backyard makeovers. Remember all those tear-jerking stories? And the jaw-dropping reveals? And how we used to spend hours in front of the mirror practicing our “Oh, my GOD! I had no IDEA!” faces for when Jamie and the team inevitably showed up at our homes?

Wait, you didn’t do that? Oh, right. Me neither.

And not even at the Olympics, but at a regular old swimming meet in January. I guess she didn’t want to show off…

18. And in a garage in Brisbane, Wotif.com – Australia’s first travel-booking website – was born

Yep, you read that right. Before Wotif came along in 2000, there were no websites in Australia for booking travel – you had to visit a travel agent or ring around to hotels and airlines to try to do it yourself. Wotif started small – it was literally nothing more than two blokes, a PC, and 60 hotels offering ‘distressed inventory’ (i.e.: leftover rooms with super cheap rates that you could only book at the last-minute).

Aussie travellers loved having the power to organise their own travel (and the ridiculously cheap stays) and today Wotif offers deals from 665,000 properties, 550 airlines, and 25,000 activity providers from all over the world. Who would’ve predicted that?

Psst! Have you heard how we’re celebrating Wotif’s 18th birthday? We’re giving Australia its Next Big Thing and YOU get to decide what it is and where it goes. Check it out!

TELL US YOUR BIG THING IDEA QUIZ: Do you know your Aussie beaches?

QUIZ: Can you master our trickiest Aussie travel trivia yet?

Fun for the kids: Download the Wotif Colouring Book! 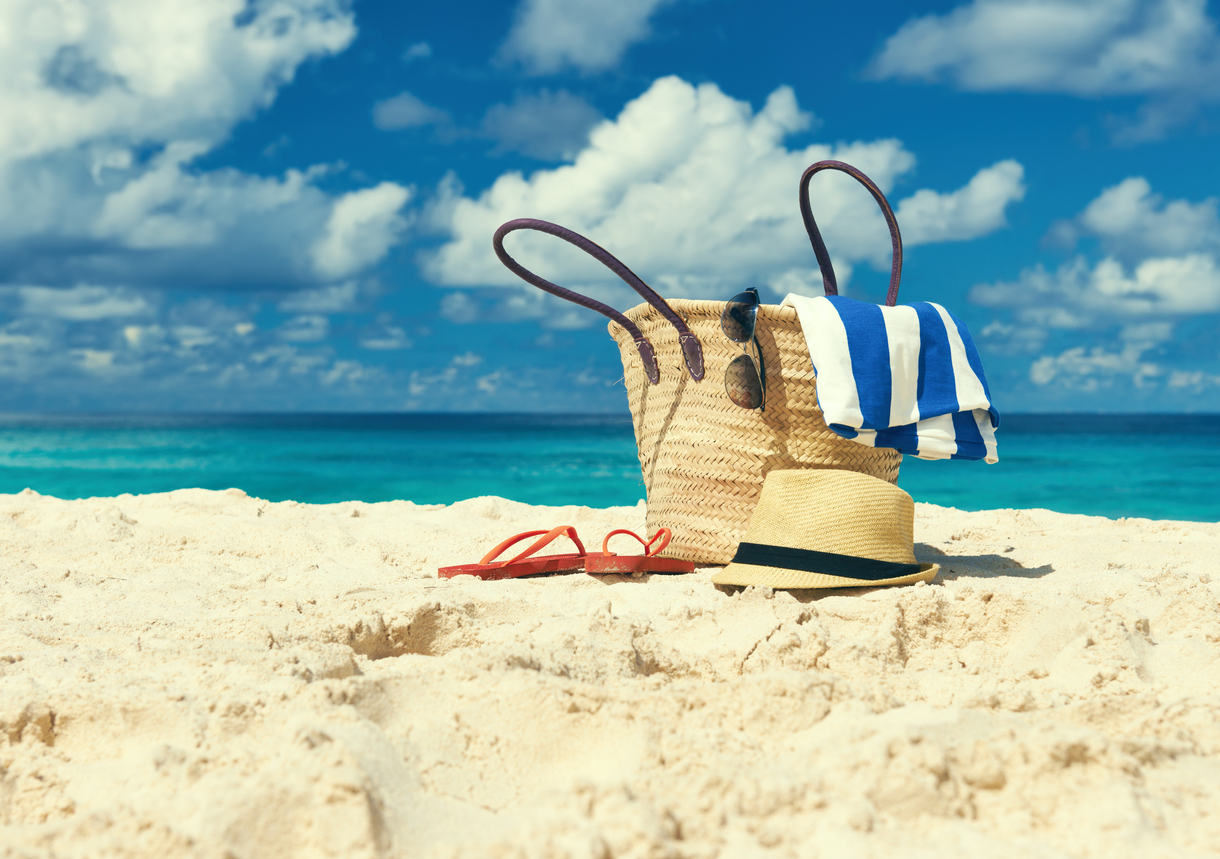 Bookmark me! Every public and school holiday date for 2021